Kiwi in the Hunua Ranges

Yes, its true. Kiwi’s were released in the Hunua ranges last Friday. 5 young brown kiwi where released and its down to the hard pest control work that has been protecting the kokako over the last 20 years which will now also benefit the Kiwis in Hunua as well.

Kiwi were last recorded in the Hunuas in 1978 so it’s been a long time coming.

Just a few hours after they were placed into their Hunua makeshift burrows, the kiwi ventured out into their new neighbourhood.

“We still have the threat if somebody comes in to this area with a dog not on a leash, they could undo the work that hundreds of people have contributed,” says Auckland Mayor Phil Goff from the Hunua Rangers.

The area is now intensely managed. It’s littered with bait stations and traps to catch predators like possums, stoats and rats. Thanks to a drop of 1080 two years ago, it’s now safe for kiwi and other native wildlife to return.

The North Island brown kiwi is a species of kiwi that is widespread in the northern two-thirds of the North Island of New Zealand and, with about 35,000 remaining is the most common kiwi. This bird holds the world record for laying the largest eggs relative to its body size. 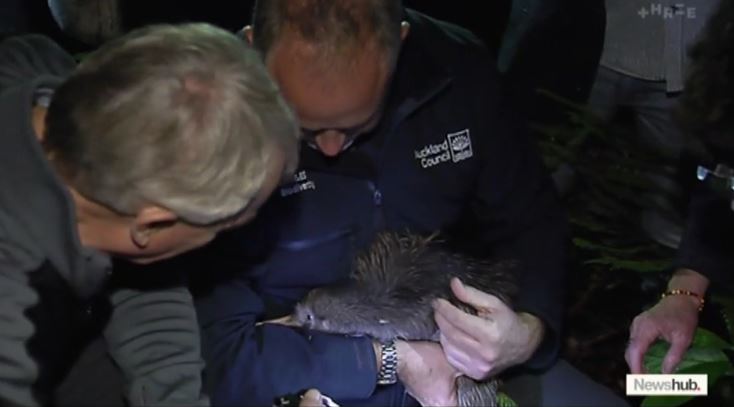