Motuora one of our predator-free islands

There are several habitats on our predator-free islands with in the Hauraki Gulf Marine Park with Motuora being one of them. Sometimes it is hard to see the changes that go on from day to day. However if you look back over decades the changes can be unbelievable. This is the case on Motuora island which is in the north of the Hauraki Gulf Marine Park.Motuora Island is 5 km east of the Mahurangi harbor, which is the perfect sea kayak paddle distance. Today the island is very different from the almost bare island it was back in 1990. Volunteers have taken action and in 1995 the Motuora Restoration Society (MRS) was formalised. The program gained momentum, planting 30,000 native seedlings per year grown in their nursery.

Aerial view of Motuora, showing the difference of 300,000 native trees being planted over the years. Photo: Motuora Restoration Society 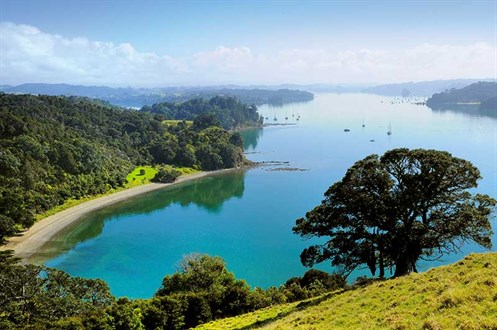 Today, the island is almost entirely covered in 300,000 native trees and the strategy has now shifted to infilling gaps, and planting canopy trees. Those trees provide much needed cover for a kiwi crèche run by Operation Nest-Egg, as well as a resident population of 150 North Island kiwi.Motuora Island is one of the locations that we visit on our Duke of Edinburgh adventurous journeysThe Duke of Edinburgh AwardMotuora Restoration Society.

Motuora is an 80-hectare island in the Hauraki Gulf, New Zealand. The island reserve lies five kilometres east of Mahurangi Heads, north of Auckland. Motuora has a long history of human occupation and was used for pastoral farming through most of the last century. Much of the original coastal forest was cleared long ago leaving only remnant pohutukawa and karo/mahoe scrub growing on coastal cliffs.In 1990 the focus for the island changed and a volunteer-led restoration programme began. Restoration efforts gained momentum in 1995 with the formation of the Motuora Restoration Society (MRS). The Society jointly managed the island with the Department of Conservation (DOC) until 2016. In March of 2016 DOC resumed full management of Motuora but the Motuora Restoration Society continues to manage the restoration of the the island’s flora and fauna.

How to build a skin on frame kayak