How to build a skin on frame kayak

How to build a skin on frame kayak. Back in April, 2020 we wrote an article featuring Tom Groothuizen. Tom is a sea kayak guide and instructor at Auckland Sea Kayaks. When Covid-19 lock-down level-4 hit New Zealand, Tom decided to turn a lemon into lemonade and make a kayak. As non essential shops were closed, Tom used recycled material found around his house. Lucky his dad is a builder. 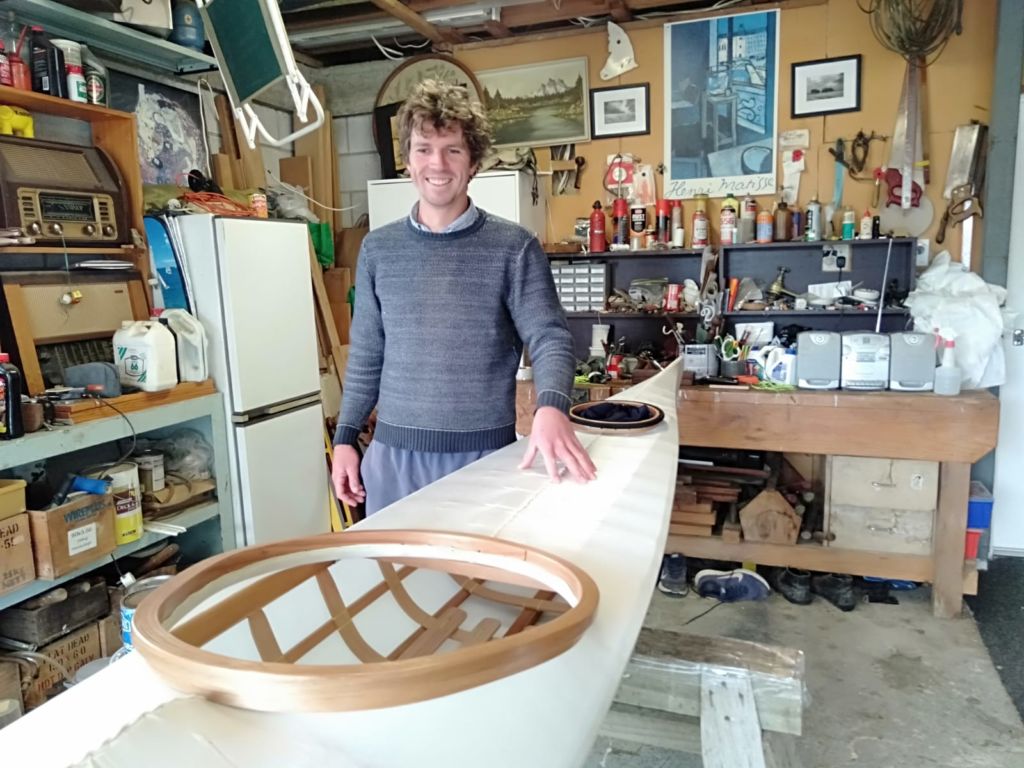 Rather than being glued and screwed together, the wooden parts of the frame are usually lashed together with a synthetic substitute for the traditional animal sinew.

A skin-on-frame kayak consists of a wooden ladder, where the ladder sides are the gunwales and the rungs are the deck beams, with a heavy-duty basket of flexible ribs and stringers underneath it. The ribs go from one side of the kayak to the other. They’re bent into a C-shape and they act as springs.It’s a fascinating story to hear why and how someone builds a kayak. I decided to record a conversation with Tom explaining why he did it, how he did it and what motivated him.

Tom’s skin-on-frame kayak is built nearly completely from recycled material that his father salvaged from different building sites over the years. It’s all cedar except for the homemade kauri dowels. It’s 56 cm wide 480 cm long and depth to sheer is 22 cm. This kayak is built for the specific purpose for shorter over night kayak trips in the Hauraki Gulf.

For further research Tom recommends https://www.capefalconkayaks.com/ Their website states the kayaks are built to perform in the harshest survival conditions humans have ever faced, traditional skin-on-frame hunting kayaks are testament to the power of adversity to spark creative solutions.

Motuora one of our predator-free islands