On 31 January, Auckland will be treated to a rare celestial event which some are calling a ‘super blue blood moon eclipse’ – quite a mouthful! For the first time since 31 March 1866, three separate celestial events will occur simultaneously in one night.

The first of these events is a supermoon, the second of 2018. The term supermoon refers to when a full moon coincides with the closest the Moon gets to Earth during its orbit. During a supermoon, the Moon appears about 14 percent larger than a normal full moon and around 30 percent brighter.

The second celestial event to occur on this same night is a ‘blue moon.’ This term is used when two full moons occur in a single calendar month.

The third celestial phenomena to occur is a total lunar eclipse, also known as a blood moon. This happens when a full moon, Earth and the Sun line up.

There is no better way to see this celestial rare event than from the summit of Rangitoto and on the water in a sea kayak.

Trip can be booked HERE. BBQ dinner, all kayak gear (large dry bags for cameras) and instruction provided. FREE pick up and drop of in Auckland city also provided. 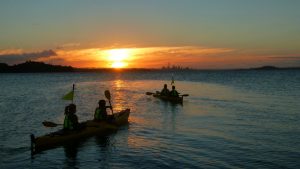 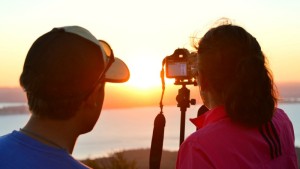