The Cavalli Islands is one of New Zealand’s most amazing sea kayak locations. This group of islands located in the the Far North of New Zealand’s North Island has been described as ‘Aotearoa’s best sea kayaking location’.

If you are after a remote sea kayak location, staying on a pest free conservation reserve, kayaking amongst wildlife, sea kayaks and between islands, then this is the perfect sea kayak adventure for you.

Spend three days in a kayak exploring the stunning Cavalli Islands, rock gardens and golden beaches in the Northland.

Our accommodation is in a cute 12 bunk Department of Conservation hut. Trip dates can be seen here. If these do not suit then please contact us for availability.

The History of the cavalli islands

The Cavalli Islands are a small group of islands 3 hour 45 min north of Auckland on Northland’s East Coast in northern New Zealand. They lie 3 kilometres (1.9 mi) to the east of Matauri Bay on the mainland.

The group consists of the island of Motukawanui and the smaller islets of Motutapere, Panaki, Nukutaunga, Motuharakeke, Haraweka, and Motukawaiti Islands. The main island is used as a nature reserve. These islands provide wonderful kayak rock gardening with a multitude of caves and tunnels in this area. The main island has a great walking track to the summit which is a wonderful place to watch the day end or start from.

The Cavallis were so named by Captain James Cook on 27 December 1769 during his first voyage of discovery. In his journal he recorded that some Māori “sold us some fish–Cavallys as they are called–which occasioned my giving the Islands the same name”. Cook probably meant trevally which is abundant near the islands, because the Māori word for that fish is araara.

On 2 December 1987, the hulk of the bombed Greenpeace vessel Rainbow Warrior was scuttled between Matauri Bay and the Cavalli Islands, to serve as a dive wreck and fish sanctuary. The move was seen as a fitting end for the vessel.

$740 per person. Please note this tour is self-catered.  Minimum 6 people. 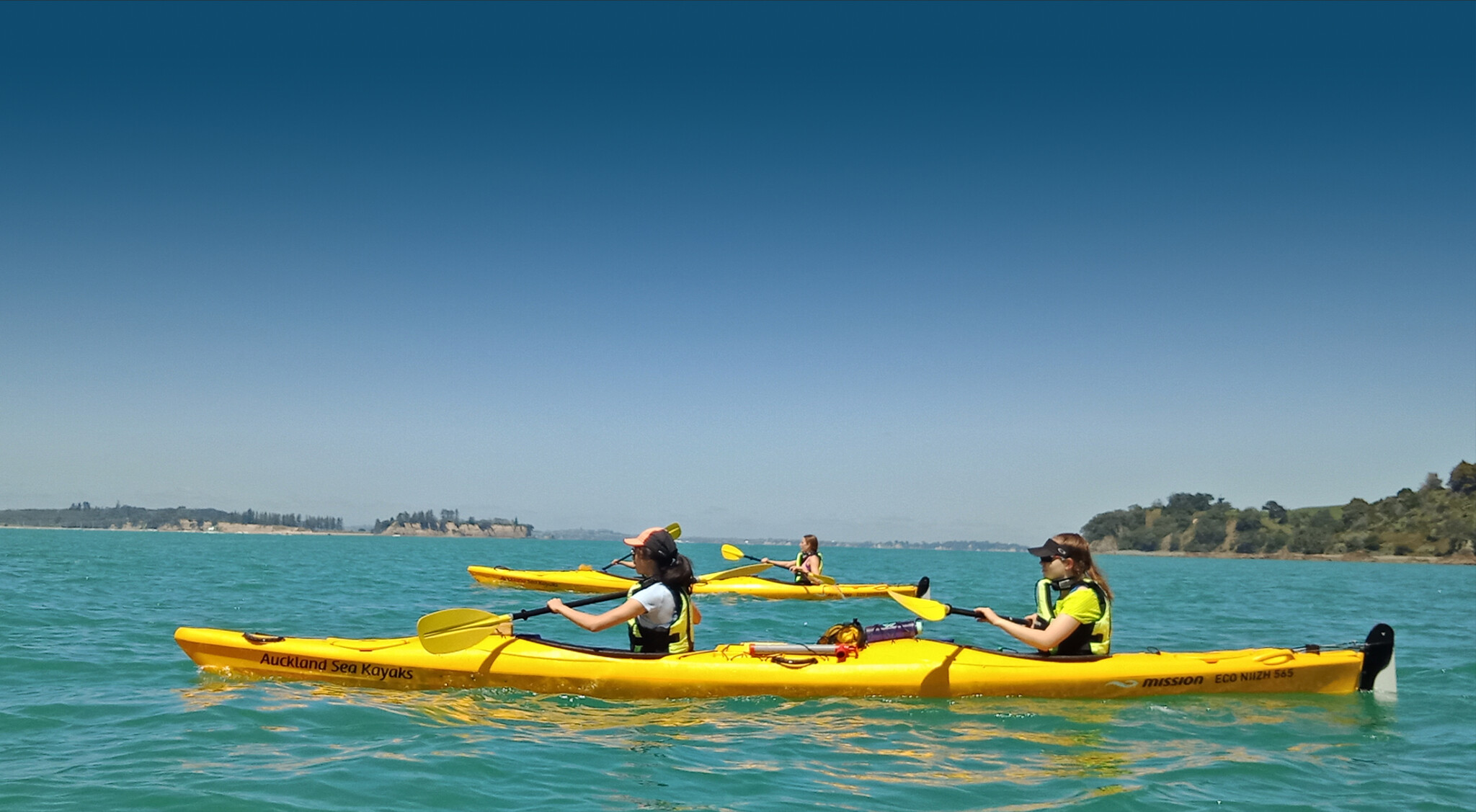 What you need to bring

A comprehensive list of what to bring is sent to you upon booking.

A comprehensive list of what is provided is sent to you upon booking.

This tour starts from the Matauri Bay Holiday Park located in Matauri Bay. There is lots of free car parking.

Wētāpunga - Out paddling in the Hauraki Gulf we ...