Auckland Sea Kayaks has 4 x Sea Bear Two Park Horse sea kayaks and wanted to repaint them. We purchased these boats many years ago and they still have a lots of life left in them however they where looking tired from tough tour usage. Instead of getting rid of them we thought we should just repaint them.

We decided on spray painting them as it would give a better finish on a kayak with lots if corners from the hatch covers.

First we took off the rivets off by drilling them out. Once all the fittings and rivets when off the kayak needs to be sanded down.

Any imperfection was taken out with two pot epoxy resin. 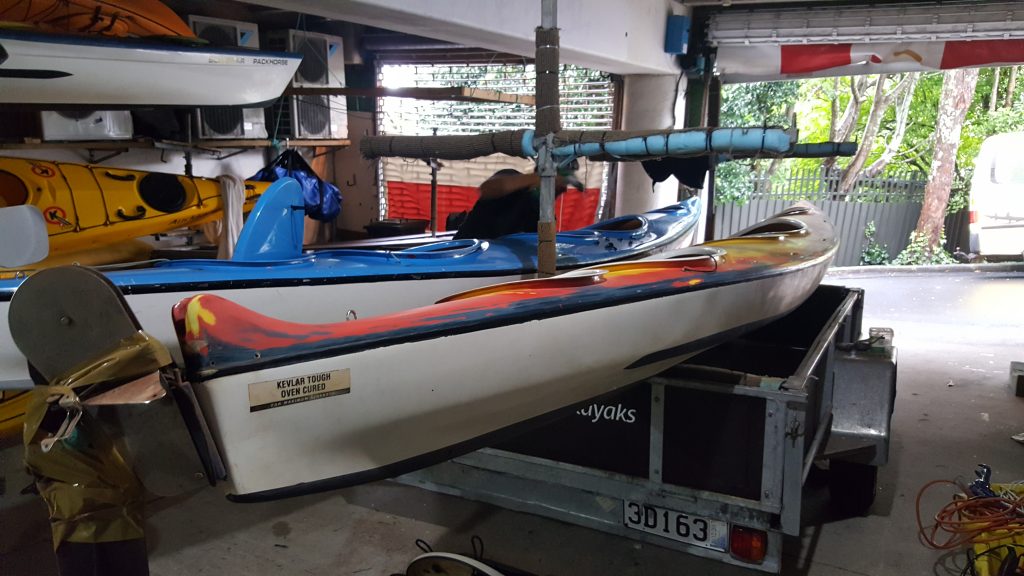 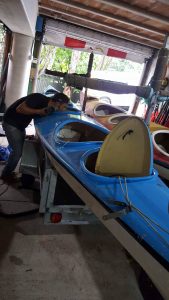 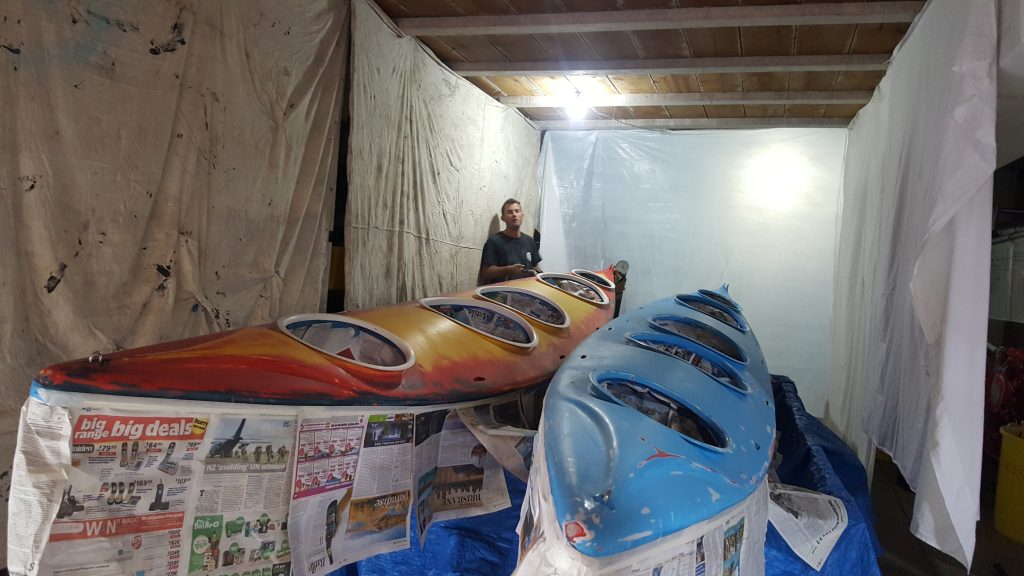 Taking the fittings off. They are all riveted on so we drilled them out.

We did not use a primer as we were not painting onto bear kevlar or fiberglass cloth. If we where we would use Inter Yacht Primer Single Pack Paint  which is fast drying, light grey general purpose marine primer.

We started with a coat of International Pre-Kote with 20% Inter Enamel Thinner #1. We sprayed it on with a spray gun connected to a compressor. We used approx 120 ml of paint per kayak. 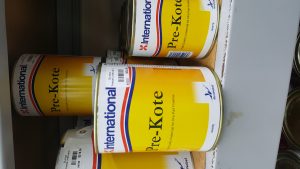 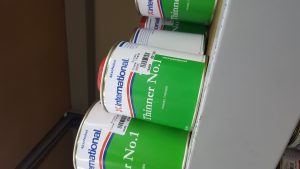 This was hand sanded between coats with 240 grit sand paper. 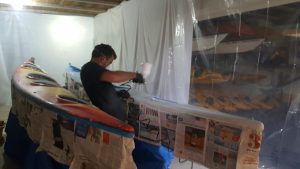 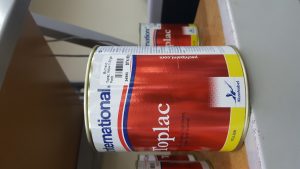 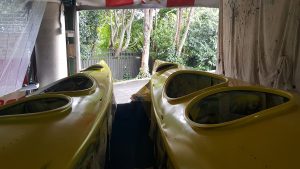 More photos to come of taking the paper off and riveting the fittings back on.

You can then be the gauge if the repaint was a good idea or not. 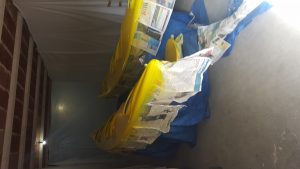 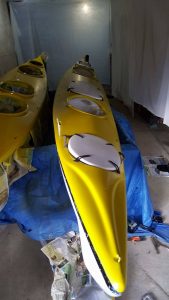 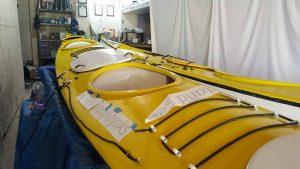 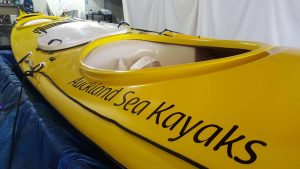 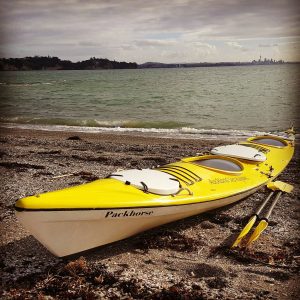